Between the sludgy bike rack and sharp prison of plastic balls,

A filthier sight stands: a two-pack of pervs pretending to be parents.

Not a couple kid-touchers. A couple touching in front of their kid.

The man, a squat scruffy imbecile, a knuckle deep into the woman’s crotch.

His woman, he wants everyone to know since she wears no ring to signify it.

He grips her small cheek like it’s the ball that cost him the World Series,

Until the fingers tarantula-creep toward her vagina and nestle in the crevices.

The woman smirks and looks to the side, not shy, ignoring her child’s chirps.

The kid jumps on the cart, rattling the undercarriage where 24-count sodas fizz,

Unable to refocus her parents’ attention or process the confusing scene.

She reminds me of me from age nine to now: messy brunette, perpetual squint,

On her behalf, I’d like to take a graphic-wrapped bat from the cage

And swing and slug at her father until he spits out quarts of scarlet silly string.

We could play Jax with his missing teeth, jump rope until the janitor comes.

But I’m as helpless as her—still frozen still, and it disgusts me.

I want to spill my stomach onto the scuffed linoleum, scream shame into them—

But how without upsetting the girl? The girl in me is exponentially more upset

and maybe overreacting, but the cart-side girl may grow to be like me.

Old enough to feel violated but young enough to not know why.

Why don’t I say anything?

By an oaf with oversize basketball shorts and construction boss nails?

Because this is no Radiohead coy boy, a one-off act of exhibition.

I know the type. An affectionless lech. A father you wish was deadbeat or beat dead.

He probably told his girlfriend to put on the yoga pants, the girl to pipe down

As she shook with tears in the corner of a rundown townhouse,

A red mark marring her forehead for interrupting his game.

With memories of aggression, the most casual of sex, and gruff indifference.

Gunk and gristle flake off his flesh, smearing the portrait of her future.

His touch darkens hues red, black, and blue, blurs the fault lines in her map.

A self-sabotaging curiosity colors her course, bestows a seasick sheen,

Claustrophobic chest pressure, an aversion to men and mistrust of mothers.

Maybe ten years from now, the parents will look at each other and wonder

Maybe ten years from now, the daughter will look at a depraved couple

In the middle of a department store and remember the reason

She’ll never speak to her family again or have the courage to call out a stranger,

Just dream of twisting car keys into the offender’s back like a windup toy,

Like I couldn’t, wound into a rage, watching the little girl jump on the cart.

Silently, we scream for attention, a voice, someone to save the day and restore innocence

To the tiny strip of land, the shrinking little island of sanctity we knew as the toy aisle.

Posted by Visceral Uterus at 8:39 AM No comments: 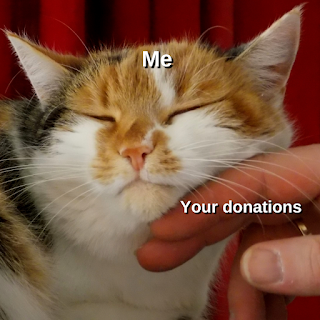 One of C E Hoffman's stories from Sluts and Whores has a chance to become a short film, and we need your help to make it happen!

Posted by Visceral Uterus at 2:19 PM No comments:

Yep, we're jumping on that bandwagon.

VU is planning its third print edition, and what's a more relevant theme than Covid?
We want more than poems. We want stories (flash, please.)  We want anecdotes. We want your rants, your regrets, your hopes. Photos and drawings (black and white, please) are also awesome.
All previously published pieces on VU will be considered, but we'd love content that directly addresses the pandemic.
Submit, as always to: visceraluterus@gmail.com.
Title email: COVID SUBMISSION: (Your name)
As always, paste the submission in the body of the email.
Stay Creative!
C💕
Posted by Visceral Uterus at 8:01 AM No comments:

the rich kids
in the Golden Isles
adhered to a preppy look
they shared a certain uniform
solid colour shirts with an alligator
khaki shorts from Duck Head
and their shoes had to be
Sebago Docksides
I wasn’t rich
--J Archer Avary
Posted by Visceral Uterus at 12:06 PM No comments:

do you forget you have a heart, too by Ryan C Johnson

do you forget you have a heart, too

latch and leech your way

into lives, into fake happiness

into hearts and cling

resting on a brain

instead a laced framework of

friends forged by falsehoods and

especially when you dig your dirty nails

into their chests so you can

get to the meat, the muscle and bone

and heart, so you can

hoard it for yourself as they

smile with their eyes and drip

what do you feel?

Posted by Visceral Uterus at 12:02 PM No comments:

It's here! My book is officially available via Thurston Howl Publications.
For the trailer, I wanted to create a commentary on how words like "slut" and "whore" are used- particularly in the media I grew up on.
Proud to say I edited it myself. ☺️
Thanks for watching!
Posted by Visceral Uterus at 6:57 AM No comments:

Here I am
in my fantastic automobile
cruising down the highway
at eighty miles an hour
with blur on all sides,
nothingness behind
and a full moon on the horizon
that I'm headed straight for.
It's supposed to be 384,000 miles away.
The faster I go, the more I know better.
-- John Grey
Posted by Visceral Uterus at 10:22 AM No comments:

Promote Your Page Too